Today we will be covering miniseries and movies, one of the more interesting Emmy genres. In 2011, all of the miniseries and movie categories were smashed together because there wasn’t enough competition for them to remain separate. Then FX decided that since American Horror Story was going to tell a different story each season that it could compete as a miniseries and the television academy agreed. I had come around on this but then HBO decided that even though True Detective runs on the same model that it was strong enough to compete as a drama.

Then there’s Sherlock. For whatever reason, maybe because each episode is 90 minutes long, they’re allowed to submit one episode per season as a movie and “His Last Vow” was the episode chosen from series 3.

With several shows redefining what is or isn’t a movie or miniseries, there are now enough for the two to be separated when it comes to best miniseries or movie but they’re still combined for all other categories. Emmy categories are arbitrary and capricious.

Outstanding Directing For a Miniseries, Movie, or a Dramatic Special

Ryan Murphy’s directing was probably the worst part of The Normal Heart but how do you vote against the AIDS drama? I feel like all of Fargo was well directed and Sherlock is always visually stunning.

Will Win: Ryan Murphy for The Normal Heart
Should Win: Colin Bucksey for Fargo

Outstanding Lead Actor in a Miniseries or a Movie

Dancing on the Edge (Starz) – Chewitel Ejiofor as Louis Lester

Sadly, I think Idris Elba has the least chance to win this. He might be the least famous on this list, especially since Chewitel Ejiofor gained more attention after 12 Years a Slave. He’s great on Luther but this category is crowded this year. Ejiofor won a Golden Globe earlier this year for this role. I did wonder if Billy Bob Thornton and Martin Freeman might split the Fargo vote but it turns out that the Emmys use a ranked ballot so that significantly decreases the chance of that happening. I think that The Normal Heart has a pretty big chance in most categories both because it was a well-loved Broadway play before it was adapted for television and because HBO employees make up a large portion of the Emmy voters for some reason or the other. I really do think it comes down to Fargo, though.

Outstanding Lead Actress in a Miniseries or a Movie 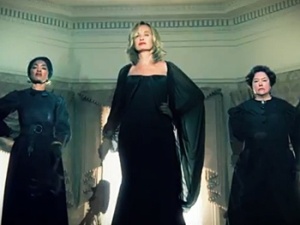 The Spoils of Babylon (IFC) – Kristen Wiig as Cynthia Morehouse

The Trip to Bountiful (Lifetime) – Cicely Tyson as Carrie Watts

Jessica Lange has pretty much owned this category the past two years. She’s usually the best part of American Horror Story, managing to entertain even while everything is falling apart around her. I preferred Sarah Paulson in Coven.

Outstanding Supporting Actor in a Miniseries or a Movie

Outstanding Supporting Actress in a Miniseries or a Movie

Flowers in the Attic (Lifetime) – Ellen Burstyn as Olivia

Allison Tolman probably should have been nominated as a lead actress but FX probably thought that she’d have better luck at winning as supporting. They’re most likely  assuming (probably correctly) that Jessica Lange has that category locked up and that’s already a win for their network so why not submit Tolman as supporting and get another win? She certainly deserves it. I have a sinking feeling that Julia Roberts will probably win instead.

Will Win: Julia Roberts for The Normal Heart
Should Win: Allison Tolman for Fargo

Outstanding Writing for a Miniseries, Movie, or Dramatic Special

OK, I no longer understand the Emmy definition of miniseries at all. How was the fourth season of Treme a miniseries. I give up! I’d love to retroactively give David Simon all the writing Emmys for The Wire but Treme is not nearly as good as The Wire. This is another one that almost certainly comes down to Fargo versus The Normal Heart and I think that Fargo might have a decent chance. If Noah Hawley’s writing hadn’t been so spot on, this Coen Brothers adaptation would have stood no chance. 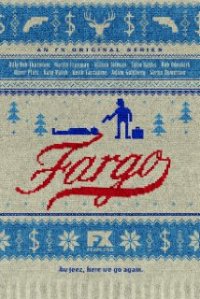 Fargo is free from The Normal Heart! It has to take this one.

The Trip to Bountiful (Lifetime)

If you’ve read this far, you know what I’m going to say, right?