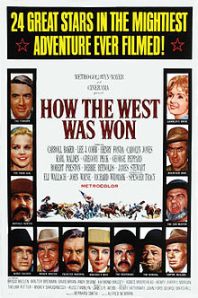 Having conquered two-thirds of the Epic Slog (that is, the sequence in this series of Ben-Hur, How the West was Won, and Doctor Zhivago, a combined nine-and-a-half hours of screen time between them), I can say definitively that, while I didn’t like two thirds of the musicals in this set either, at least they were quick.

END_OF_DOCUMENT_TOKEN_TO_BE_REPLACED

I had a major problem with the movie Fargo. I saw it as a teenager and I didn’t even finish it. As a central Minnesota native, I couldn’t get over the accents. Some people who lived in Fargo or Brainerd might sound like that but not people who lived in the Twin Cities and especially not young women who went to suburban high schools. I didn’t get it.

I am here today to admit that I was horribly wrong. Fargo is brilliant. The accents were clearly supposed to be a stylized parody. The plot is perfect, the dark comedy speaks to me. I suspected that I would be wrong because I like all of the other Coen Brothers movies that I like and even love.

I watched the movie Fargo in anticipation of the 10 episode TV series that premieres on Tuesday, April 15, on FX. Despite my previous dislike of the movie Fargo, the cast and my enjoyment of other Coen Brothers movies like Inside Llewyn Davis and The Big Lebowski had me on board for this show before I saw one second of it. The show stars Martin Freeman, Colin Hanks, Bob Odenkirk, Keegan Michael Key, and Jordan Peele among other people whom I’m sure will be awesome but who weren’t the reason why I got excited for this show.

If you liked Leviathan, it was a poetic, psychedelic experience of being on a fishing boat like you’ve never seen before. If you didn’t like Leviathan, it’s a physically dark, confusing, somewhat nauseating mess. I’m in the second camp. It’s interesting, sure, but I wish I could have seen what the hell they were doing at any point. Did so much of it really have to be at night?

Created by the Harvard Sensory Ethnography Lab, and in particular by Lucien Castaing-Taylor and Véréna Paravel, who are the credited directors, Leviathan is an immersive work of, well, anthropology. The closest analogy (which is really close, actually) is the show The Deadliest Catch, but without a narrative. There’s no voiceover, no music, no anything but scene after scene of life on a fishing boat. Fish are caught, fish float in tanks, fish are butchered (unpleasantly, for those of us bleeding-heart liberal types), fish carcasses are disposed of, fish heads roll (literally). END_OF_DOCUMENT_TOKEN_TO_BE_REPLACED

Okay, fine, maybe I learned more than that. But I can’t say that I learned that being a slave in Roman times is not awesome, since it’s not really like I thought it would have been.

END_OF_DOCUMENT_TOKEN_TO_BE_REPLACED 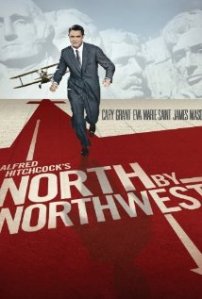 North by Northwest is the third film I’ve seen by Alfred Hitchcock, which triples the number of Hitchcock films I’d seen before the start of this year. Hitchcock is widely regarded as one of the greatest directors of all time, which is why it’s particularly disappointing that I have nothing at all new or interesting to say about him or this movie.

END_OF_DOCUMENT_TOKEN_TO_BE_REPLACED

I watched The Damned Don’t Cry entirely because it was set in the time period I was looking for (1932-1950ish) and starred someone I’d heard of (Joan Crawford). I was really pleasantly surprised with the result, so here is a quick little capsule review.

The movie opens with two men dumping a body, said body being found by surveyors, and a quick and tidy progression of news clippings revealing that this is a notorious gangster. The evidence leads them to speak with Lorna Hansen Forbes (Joan Crawford), where they discover a remarkably suspicious bloodstain on the floor. Lorna flees and goes to a home where she’s greeted as Ethel by people who are clearly her parents. The movie rattles all this off neatly concisely and then drifts into a flashback that makes up the bulk of the movie, showing the tragedy in Ethel Whitehead’s past and her rise from housewife to socialite under a new name.

END_OF_DOCUMENT_TOKEN_TO_BE_REPLACED

Now that season 4 of The Walking Dead TV show is over, it’s time to return to the comic book series. The group buries Shane, forms a plan for their near future, and meets a group of fellow survivors, one of whom is familiar to viewers of the TV series.
END_OF_DOCUMENT_TOKEN_TO_BE_REPLACED

My first hurdle this morning was packing my bag. I planned to bring my one purse that is big enough to fit my iPad. But I also wanted to bring a shawl (mostly to save my spot if I need to go to the concession stand or the bathroom), my current knitting project and book to entertain myself between sessions, a notepad in case I want to take any notes in the dark while watching a film, my glasses in case my contacts are irritating my eyes and I want to take them out, and of course all of the standard purse items like keys and phone and wallet. Once I accumulated everything, the purse wasn’t big enough. I brought my messenger bag instead, and since I was bringing it anyway, I tossed in a couple bottles of water. One hint I got from the Passholder sitting next to me last night is that a lot of people pack food, everything from snacks to a full picnic, and that this is an okay thing to do. I wasn’t prepared to do that today, but I might going forward, and if I do the messenger bag is definitely required!

I again arrived far earlier than necessary. I like being early, especially since this is my first year and I don’t know how everything works yet. I chatted with a very nice 80-something volunteer for a while. She’s been volunteering for 18 years! I asked her for hints, and she said that I should not miss “the film about the museum.” She looked furtively around and whispered, “Penis museum.” During orientation, volunteers were shown part of the film, and she thought it was hilarious. I assured her that I was planning to see it.

END_OF_DOCUMENT_TOKEN_TO_BE_REPLACED

Second note: this review contains plot points from throughout the movie, including the final resolution of the main characters. It’s not a good movie, so you shouldn’t watch it, but if you want to watch it without any prior knowledge, skip this review.

This movie is icky. That’s the best word for it. If you prefer, we could also go with gross, or distasteful, or “oh god, now I totally get what the sexual revolution in the 60s and 70s was about, we needed if it this is really how things were.”

END_OF_DOCUMENT_TOKEN_TO_BE_REPLACED

I live and work in Chicago, and for a shortish period of last year, I had the pleasure of bumping into the filming of the movie Divergent in various locations around town. I didn’t realize until it was already well under way that they’d turned a corner I drive past every morning into a mini film lot (though it made everything else make way more sense, since there was no insulation in those walls), they filmed in my actual workplace one Sunday, and I am a huge fan of films taking place in Chicago in general. I was eager to see the movie, and I wanted to read the book first, mostly so I would get the learning curve of this particular teen dystopia and could ignore the plot in favor of picking out where they filmed what and whether I’d stood in that same place before.

Turns out, that might have been the wrong tactic, since after reading the book I have little to no interest in seeing the movie (beyond the consistent motivating factor of getting to say “Hey! That’s my building!”). There are a great many things wrong with this book, everything from bad prose to bad concepts to bad execution. Added to that are poorly explained history, a failure to orient the reader in space (any space), and a whole whack of incredibly drippy teen romance. Hooray! …wait.