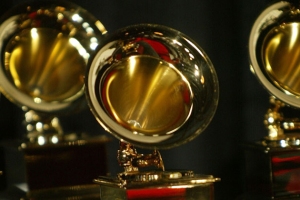 The 59th Annual Grammy Awards aired last night on CBS. There are 60+ awards given out but only nine of them are awarded during the actual telecast. This is actually one of the smarter things that the National Academy of Recording Arts and Sciences of the United States (NARAS) has done with the ceremony. It focuses on musical performances, often combining two or three acts that you wouldn’t see together anywhere else. The Grammys and the Tonys are often the most fun award shows to watch because they’re for people that are used to performing in front of live audiences. That being said, I didn’t watch the Grammys last night because I think the Grammys, like many award shows, are often irrelevant.