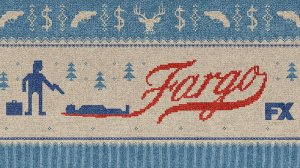 Now that 2014 is over, I’ve given some thought to my top 10 TV shows of last year. I’m certainly leaving something out and this might not even be the order that they should be in but I did make a list of TV shows that I liked an awful lot this year.

Other shows that didn’t quite make my top 10 but were still excellent in 2014 are Arrow, Black-ish, Bob’s Burgers, Brooklyn Nine-Nine, The Colbert Report, The Fall, The Flash, The Fosters, Hannibal, Orphan Black, and Veep.

1. Fargo: I was so skeptical about this show. I didn’t like the original movie when I tried watching it as a teenager. It turns out that, as a native Minnesotan with a lot of family near the North Dakota border, I just wasn’t ready for a satire that hit so close to home. Before the show premiered, I watched the movie again and I loved it. My skepticism over an adaptation of a movie that I hated turned into skepticism that Noah Hawley could do the Coen brothers’ masterpiece justice. There was no need to worry. Martin Freeman’s Lester Nygaard had the spirit of William H. Macy’s Jerry Lundegaard while still being a completely different incompetent character. Billy Bob Thorton left chaotic evil in his wake as he moved  around northern Minnesota and eastern North Dakota. The true discovery, though, was Allison Tolman as Deputy Molly Solverson. Her competence, willpower, and pleasant demeanor shined in every episode. While I appreciate that telling a different story with each season can help a show stay fresh, I’m going to miss her so much when Fargo returns next year.

2. Transparent: One of the best things to come out of the over-abundance of content providers that we now have is that there is a space for unique stories to be told. Jeffrey Tambor absolutely inhabits Maura Pfefferman, an older male-to-female transsexual going through transition. I don’t see Hank Kingsley (The Larry Sanders Show) or George Bluth (Arrested Development). I just see Maura as she struggles with her transition and her family. Jill Soloway didn’t just create one well-rounded, heart-breaking character, though. The entire Pfefferman family is totally flawed but also completely compelling to watch.

3. The Good Wife: This show shouldn’t be as good as it is. It could just be a better-than-average legal procedural and I’d still find it to be quite watchable. Instead, the serialized elements of the show is the best part. It’s a show that knows how to hire excellent actors and then give them plots to let them show off. When an actor decided that he wanted to leave the show, they killed him a few episodes short of his contract so they could use him effectively in flashbacks as other main characters worked through their grief. This season, they’ve been giving Matt Czuchry some wonderful material to work with. The first half of this season hasn’t impressed me as much as the second half of last season but Czuchry’s storyline in particular feels like it has a chance to come to a satisfying conclusion.

4. Last Week Tonight with John Oliver: It didn’t seem like we needed this show. Sure, John Oliver did an excellent job filling in for Jon Stewart on The Daily Show last summer but we still have The Daily Show. Besides, what could a weekly show that airs on Sundays bring to stories that we’ve already heard worked over by all of the other late night shows during the week? We totally needed this show. Oliver and his writers have often been covering stories that we don’t here as much about or covering the ones that we do here about with more depth. He’s brought a welcome perspective. Plus, I have a giant crush on him.

5. Outlander: I first started reading the Outlander series as a teenager and no one obsesses about a favorite thing quite like a teenager does. I didn’t have high expectations because I figured that I could only be disappointed. Maybe the books weren’t even as good as I remembered. It turns out that there was nothing to worry about. The casting, especially of Jamie and Claire, totally works. Sam Heughan doesn’t conflict with the Jamie that I had in my head and while Catriona Balfe doesn’t exactly look like the Claire that I had in mind, she does act like her. Since I’ve read the book, I already know the resolution to the cliffhanger that the first half of the season left off on but I’m still counting down the days until it returns in April.

6. Jane the Virgin: I’ve already gushed about how much I love this show in my new Fall 2014 TV shows midseason check-in.. This show has come out of the gate running. Jane and her family were perfectly cast and while not all of the actors are quite up to their caliber, the show is sweet and entertaining. It’s also chewing through plot like nobody’s business. Fortunately, the Latin Lover Narrator is there to keep everything straight in my mind.

7. True Detective The more I hear about Nic Pizzolatto, the more I’m convinced that the success of the first season of True Detective was mostly thanks to Matthew McConaughey, Woody Harrelson, the rest of the cast and Cary Fukinaga. Beyond the plagiarism accusations, even the parts of the script that people really liked mostly relied on McConaughey’s delivery. Maybe this show only had one season of material in it but at least it was a really great one season.

8. Silicon Valley: This show is just amazingly funny. While it would be nice if they had one or two well-rounded female programmer characters, it does make fun of the male dominated tech community enough to make up for that a little bit. I’m sure that most of the tech things that they throw out there aren’t entirely accurate but it does seem like they get the culture right and that’s what it’s about. You can get away with a lot in comedy as long as it’s actually funny. Telling one of the most intelligent dick jokes I’ve ever heard also helps. It was great to see comics I enjoy like Kumail Nanjiani and TJ Miller get such wonderful roles and Zach Woods has quietly become one of TV’s most dependable character actors this past year both here and in other shows like Veep and Playing House.

9. The Americans: Sexy USSR spies in 1980s America! In its first season, this show leaned into “Look, it’s the 80s!” a little too much but as the characters strengthened, they didn’t push that as much during the second season. Keri Russell and Matthew Rhys are great as the central couple, two KGB agents who have been living a deep cover as a married couple in the US for a decade and a half. Their characters are fascinating to watch as spies and as people who grew up under communism and are still agents of the USSR while trying to maintain their covers as Americans, going so far as to have had two children. Their older daughter, Paige, is featured quite a bit in the second season as she goes through an adolescent rebellion and also becomes suspicious that her parents aren’t who they seem to be. Often, giving a teenage character more screen time can be exhausting and seem pointless but the end of the season lets you know exactly why we spent so much time with Paige. They’ve set her up for an intriguing storyline when the show returns.

10. You’re the Worst: This comedy completely surprised me. I was much more excited for its lead-in, Married, but that show mostly fell flat while You’re the Worst got better every week. I was surprised by how much I was enjoying it and then episode 5, “Sunday Funday”, was one of the best episodes of television I saw this year. I’m so glad that FX is giving this show another chance on FXX next year despite low ratings. It’s the most fun I’ve ever had watching some truly terrible people. Unlike the terrible people on The Affair, these people know that they’re awful and practically revel in it while also learning how not to be completely awful to one another.