It seems highly appropriate that I’m writing this week’s Veronica Mars post on Valentine’s Day. We’ve reached a point where Veronica’s love life is a pretty big mess between Duncan, Meg, Logan, and Hannah. At least we get Wallace back.

In this episode, Veronica learns a very important lesson: Never go to a second location! It will only lead to you almost getting a face tattoo that’s only prevented by your ex-boyfriend bursting in with a gun.

This is a very plot heavy episode. We have some bus-related plot with Marcos and his parents. We have progress on the Felix murder mystery that ties it quite firmly to the Fighting Fitzpatricks. We also have hints of Duncan and Meg that pay off at the end of the next episode.

The Marcos plot is heartbreaking. His parents loved him but they’ll never be able to make up for the fact that they sent him to an ex-gay therapy camp. An intelligent, witty young man lost his life before he was able to grasp hold of his identity. Not even someone who was once his closest friend knew that he was gay. In the end, it’s best that the Olivereses couldn’t get Keith to testify on their behalf. It wasn’t the school district that was taunting them and a larger payout isn’t going to help them come to terms with their son’s premature death or the struggles their family went through in the months prior to his death.

In this episode, we also see the fallout of Logan and Veronica’s relationship still playing out. She was willing to put herself in a dangerous situation for his sake, he was willing to rush in to save her. She seems to be more concerned that he’s now carrying around a gun than she is over the fact that she was held down with a tattoo needle hovering above her face. He knows that Backup is one of her soft spots.

Well played, Van Clemmons. Also, the outcome of this episode leads to all Keith Mars could want for his daughter when it comes to her mother. She got to see that deep down her mother was a decent person. Plus, he made chili surprise.

Veronica: You made chili?
Keith: Surprise!

This episode also showed that How I Met Your Mother surprisingly did great things for Alyson Hannigan’s acting range. I bought her as the spoiled Trina much more in this episode than I did in the previous season.

At the end of the episode, we find out that Meg is pregnant, most likely with Duncan’s baby. While the Mannings’ treatment of Grace is despicable, we now see why their former devout religious life turned towards abuse in the name of God.

Oh, Deputy Leo. Sweet, well-meaning Deputy Leo. Also, Logan? Stupid. Stupid, stupid, stupid. I totally get why he bought the tapes and once it was known that they had gone missing Aaron’s lawyers probably could have gotten them stricken from the record due to a problem with the chain of custody but it was still so stupid.

Not that Keith was entirely on the right side of the law in this episode, either. By leaving those articles up on Veronica’s laptop, he was technically tampering with a member of the jury in an ongoing trial. Morally, he did the right thing. That trial reached its proper conclusion. Also, it’s heartbreaking that this episode aired in 2005 and we’re still in a society where people will feel bad when white young men are convicted of rape, decrying the fact that their lives are being ruined.

This was a depressing episode. It almost felt like Veronica’s time on the jury was just there to introduce Hearst College. Time to set up the transition from high school to college. If you want a Veronica Mars Christmas episode, go back to season 1’s “An Echolls Family Christmas”.

In the end, though, it’s all moot. Wallace is back! 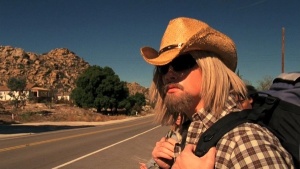 If I ever need to curate a soundtrack to a breakup, I’ll just go back and make note of all of the songs that Veronica used in this episode. They were perfect. Also, this episode is how I discovered the Old 97’s, one of my absolute favorite bands. “Four Leaf Clover” plays while Lamb is trying to track Duncan in Mexico and “Adelaide” ends the episode.

In between the steps of the elaborate plan to get Duncan and baby Faith/Lilly out of the country, we get Logan and Weevil teaming up. This is always a good thing. Jason Dohring and Francis Capra play grudging cohorts perfectly.

While I’m happy to be rid of Duncan and Teddy Dunn’s wooden acting, I did like his sendoff. Probably because it was also the end of Meg’s story and I loved Meg. Agent Xena totally appreciated Veronica’s cunning wit. Vinnie Van Lowe was true to form. If you’re willing to pay him more, he’ll totally help you get around his original client while also happily taking said client’s money. Duncan has escaped with his baby and the plot is now free to focus on Logan’s murder accusation and the bus crash.

In this episode, we see that Alicia has actually been very good at protecting Wallace’s childhood. While Veronica keeps trying to impress upon him how serious his situation is, we see that he’s still an innocent. It’s awful that this is the reason why he left Chicago but it’s great that he’s back because Veronica needs more innocence in her life. She’s still just a high school senior.

Terrance Cook may be the sheriff department’s new suspect but he’s certainly not the only suspect for the Mars family or for us. While the smell may have been what got most of the 09ers off of the bus, the fact that Woody Goodman didn’t want Gia to take the bus back is very suspicious indeed.

The man who sings “Veronica” at karaoke is Britt Daniel of Spoon. Their song, “I Turn My Camera On”, played while Veronica was doing the surveillance on Kendall in “Cheatty Cheatty Bang Bang” and “I Summon You” plays at the end of the episode. The bouncer at the club where they grab Uncle Rucker’s phone told Veronica about the club that he works at in the previous episode. Also, I had forgotten that the writers just seem to really like the phrase “special lady friend” and not just when Keith refers to Alicia.

I’m sad that this is Veronica’s senior year. The writers have really developed something special between her and Clemmons in this episode and in “My Mother, the Fiend”. Also, I think this episode goes further to prove that Lianne Mars was a solid person when she was in high school. Ms. Hauser is the one with questionable morals and still maintains some mean girl behavior even as an adult.

No matter what he says in the episode following this one, Logan absolutely knew who Hannah was when he approached her. His look at Dr. Griffith tells the whole story. Also, I think the writers were counting on at least some fans remembering that Logan did take physics last year. He’s manipulating that poor freshman.

I was bitter about this whole episode when it first aired. Foisting Kristin Caveliri from Laguna Beach on us? Not cool UPN. Also, I don’t care if her mom works at the post office. Committing a felony (tampering with US mail) is a pretty stupid step to take in order to get some college money and have an excuse to out yourself and your girlfriend.

On the bus crash front, the show telegraphed pretty hard that Terrance Cook is a red herring. The hanger he keeps his cars in belongs to Woody Guthrie. Of course, it’s eight episodes from the end of the season so pretty much all suspects are red herrings at this point.