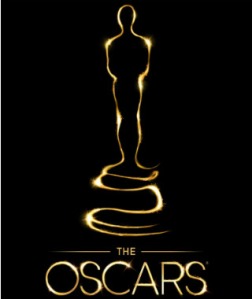 Okay, now that that’s out of the way, let’s break down what actually did and didn’t happen on Oscar Nomination Morning (the second-best day of the year after Christmas).

I am not expecting American Hustle to sweep the acting categories. It’s possible, but I’m predicting that Christian Bale isn’t able to squeak in in the toughest category in years.

This was wrong, as Christian Bale did squeak in for Best Actor. I had the other three (Amy Adams, Jennifer Lawrence, Bradley Cooper) slotted in already, but I thought sure Robert Redford had that last Best Actor slot locked up. And, barring that, it still should have gone to almost anyone else: Joaquin Phoenix, Oscar Isaac, Forest Whitaker, even Michael B. Jordan. Ugh, stupid American Hustle.

(paraphrasing) 12 Years a Slave will lead the nominations, then American Hustle, then Gravity.

Hustle and Gravity tied with 10 nominations each, 12 Years was a very close third at 9. I wasn’t right, but that’s pretty evenly-spread love. All three are now reasonable contenders for Best Picture, which 12 Years has ostensibly had locked up since September.

Best Actress: I got this one totally right. Responses, in order: a) Go me! b) Boooo for Emma Thompson. She’s delightful and awesome and it sucks that Amy Adams took her spot. The bitter tears of Oscar morning. Unrelated, but important: we need to stop referring to “Amy Adams’ cleavage” in American Hustle. I say this with no bitterness, having a comparable body structure (if, uh, a couple extra pounds on her), but your boobs have to actually touch to generate cleavage. There. Now let’s move on with the civilized discussion of who did and didn’t get nominated.

Supporting Actor: Daniel Bruhl out, Jonah Hill in. Besides being a borderline case of Category Fraud, apparently the Academy went for The Wolf of Wall Street in a big way. Everything else went as scheduled.

Supporting Actress: I said it would be either Oprah or Sally Hawkins, and I’m still a bit baffled that the Academy passed over Oprah. But whatever, Sally Hawkins was good and it means I don’t have to see The Butler now.

Screenplay: All seven I listed got nominated and Gravity didn’t. Life is good.

Best Picture: I named all nine nominees, so that’s pretty cool. Unfortunately I listed ten nominees in my list, so I didn’t hit it completely dead on. Rhe one I added that they didn’t was Inside Llewyn Davis, which got shafted all around. No acting nominations, no song, no screenwriting, nothing but cinematography and sound mixing. Inside Llewyn Davis was one of the very best movies of last year, and the Coen brothers got Best Picture nominations for their last three movies before this. Outrage, I say!

The good news is that at least the Academy didn’t nominate Saving Mr. Banks too. If you’re going to nominate one old-white-people crowd pleaser, at least Philomena is actually a good movie.

Song: I got this category the most right of all. I said:

“Let it Go” gets nominated for song, there are more than three nominees for song, and I haven’t seen the movie that at least two of them belong to.

There were five nominees, “Let it Go” was among them, and I have only seen one film of the five. The big scandal that blew up on Thursday morning was that one of the nominated songs is from a Christian movie no one had ever heard of and it appears to have gotten to its nominated status via a former head of the Academy making some personal phone calls on its behalf. That’s for other people to fuss over; I’m not doing the Death Race this year, so it is not my concern.

Now it’s time to kick back, relax, and speculate madly on who might actually win these damn things. I’ll be posting breakdowns by category leading up to the awards. In the meantime, see these movies and have opinions. Hooray for the real start of Oscar season!